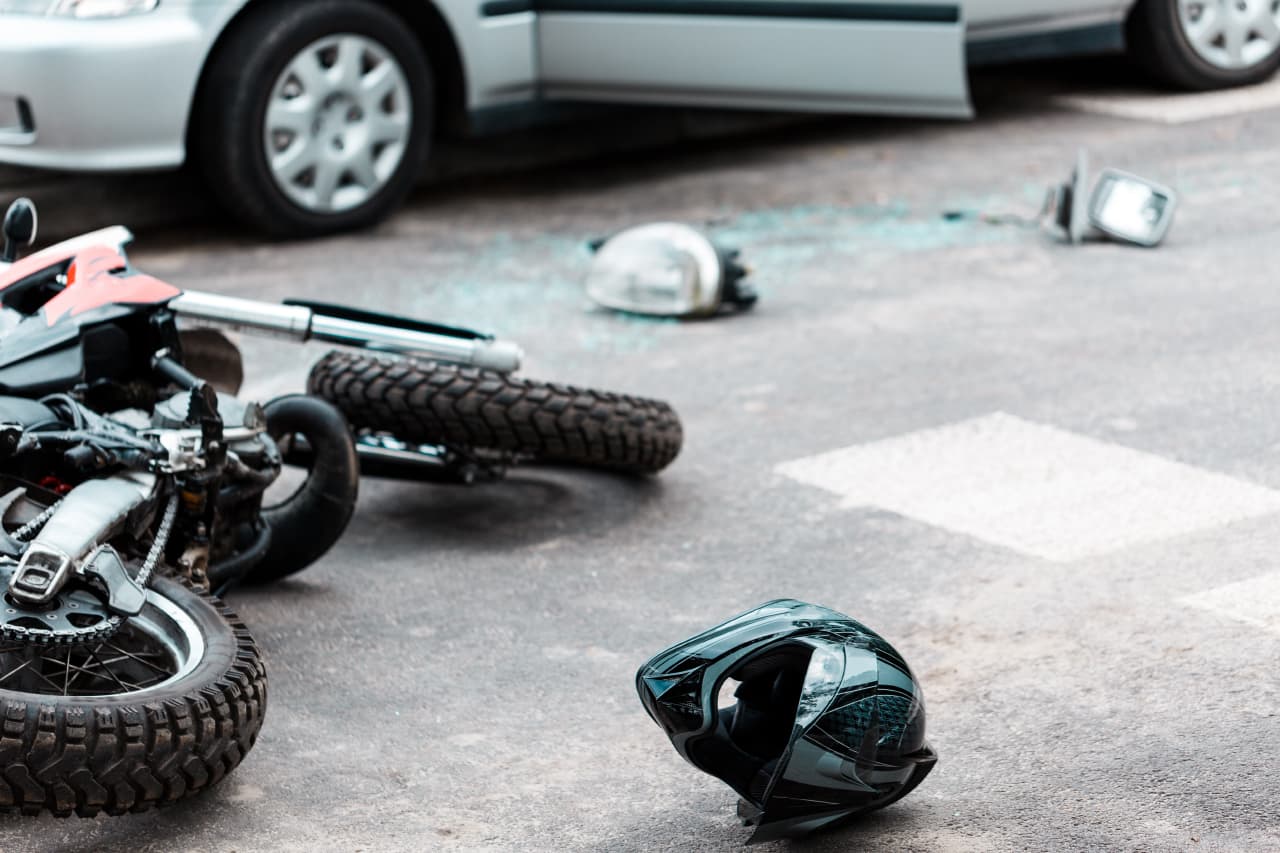 As gas prices soar, motorcycle sales soar as well. The hottest-selling models are small motorcycles which are basically souped-up mopeds. Unfortunately for victims, these motorcycles are also the most dangerous models.

1300 cc motorcycles, which were common in the 1940s and resemble dirt bikes, usually get about 55 or 60 miles per gallon. Manufacturers are giving people what they want. “This is something new from Honda, but it’s old. What’s new is old again, back to the smaller cc bikes, more user friendly, a little simpler, better gas mileage,” remarked one retailer.

The basic motorcycle licensing course in New York is only two days long.

High gas prices haven’t prompted very many people to get rid of their pickup trucks, SUVs, and other large vehicles. Many people drive these cars and trucks almost as aggressively as Marge drove her Canyonero. More on that below.

Many drivers have a hard time seeing around these vehicles and spotting small motorcycles. That’s not an excuse for negligence. The duty of care requires motorists to slow down and keep a sharp eye out for small vehicles in such situations. The truth is, many drivers aren’t watching for motorcycles in the first place, a fact that many riders can attest to.

The Canyonero, for all its faults, is at least easy to control. Immense vehicles that can barely negotiate curves are pretty easy to steer. Small, two-wheel motorcycles are different. Almost any emergency maneuver, like suddenly changing speeds or lanes, could cause the rider to lose control of the bike. That’s especially true for novice riders, and there are many of them on the roads these days.

Inattentive drivers might be the most dangerous ingredient in this car wreck cocktail. Aggressive driving, which is more like selfish driving, includes speeding, failing to yield the right of way, and tailgating. The first two examples are often present in left hook motorcycle wrecks.

Are you getting the picture? Assume Lisa is waiting to make an unprotected left turn against traffic at a green light. Bart, whose motorcycle is amid a sea of large vehicles, approaches the intersection from the opposite direction. If Lisa thinks she sees a slight break in traffic, she quickly accelerates to race through the opening. If Bart approaches the intersection at that moment, there’s no way he can avoid a wreck without swerving into another vehicle.

When a huge vehicle collides with a small motorcycle, the injuries are often catastrophic for riders. Some examples include:

Most people probably heard the cash register ringing during that discussion. Indeed, the average injury-related medical bill usually exceeds $100,000. If the victim required helicopter medevac, the cost could be twice as high.

There’s more good news. Attorneys have professional relationships with doctors who focus on injury-related conditions. Many such conditions, like whiplash, are hard to handle. Not all doctors are fully qualified to diagnose and treat them.

We’re not finished. Attorneys not only connect victims with doctors. Lawyers negotiate with these doctors, and other accident providers, and often convince them to lower their fees. If that happens, victims could pay fewer expenses and pocket more of their settlement money, because of New York’s complex collateral source rule.

Resolving Your Claim for Damages

Settling a motorcycle crash claim is a little like mending a broken bone. In both cases, the process takes time. The big difference is that an injury settlement is final, at least in most cases. Typically, a New York personal injury attorney only gets one trip to the salad bar of justice. If the settlement doesn’t account for all future medical expenses, which are common in these claims, the victim is usually financially responsible for them.

Therefore, meaningful settlement negotiations cannot begin until medical treatment is at least substantially complete. At that point, a lawyer usually begins informal talks. If damage and liability issues are crystal clear, the case may settle immediately.

Unfortunately, most things in life aren’t crystal clear. Damages and liability issues in a motorcycle crash claim are no exception.

Three different doctors may propose three different treatments for the same injury. These approaches may have different effectiveness and costs. Insurance company lawyers only care about costs.

Left hook motorcycle wrecks, despite their straightforward nature, often involve liability issues. For example, many insurance company lawyers try to use the last clear chance defense. This legal doctrine shifts all the blame for a wreck to the motorcycle rider in these cases.

Due to these difficulties, most motorcycle crash claims settle during mediation, which is a court-supervised negotiation session. A third party mediator ensures that both sides negotiate in good faith. If an insurance company plays hardball, the mediator tattles to the judge, who is most displeased with the apparent lack of progress.

Largely because of the good faith negotiation duty and the possibility of judicial vengeance, mediation is about 90 percent successful.Injury victims are usually entitled to substantial compensation. For a free consultation with an experienced personal injury lawyer in New York, contact the Pianko Law Group, PLLC. We do not charge upfront legal fees in these matters.