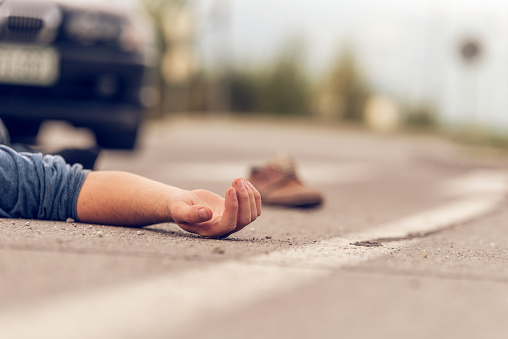 Officials say a man was under the influence of alcohol and traveling about 120mph when he smacked into an SUV that was pulling out of a parking lot.

The wreck happened in Mount Lawyer, outside a restaurant on Hainesport Road. According to investigators, after the intoxicated man broadsided the SUV, several Good Samaritans pulled the victim from his vehicle, so emergency responders could airlift him to a nearby hospital. Despite all these efforts, he didn’t survive.

These same emergency responders used the Jaws of Life to cut the other man out of his wrecked vehicle. He was rushed to a nearby hospital with serious injuries, but he’s expected to survive. As police investigated the circumstances surrounding the crash, they secured a warrant which allowed them to access the data from the BMW, which showed that he was driving at speeds in excess of 120 mph just before he struck and ultimately killed the victim in his Ford SUV.

Since the end of the Great Recession, healthcare costs have increased almost every year, usually at a rate greater than overall inflation. After a car crash, these medical bills usually break down into several areas.

Ambulance rides are expensive enough. Helicopter medevac flight costs have increased 17 percent since 2017, to over $30,000 per flight. A long-distance flight, such as a wounded Southwest Asia veteran being transported to a hospital in Saudi Arabia or Europe, could cost over $200,000.

Generally, insurance company adjusters approve the next-lowest level. For example, if emergency responders fly Andy to a hospital, the adjuster may say that a simple ambulance ride may have been enough. As a result, Andy could be stuck with a very big bill.

First responders usually send victims to the closest available trauma center. That may or may not be the best treatment option. Frequently, ER doctors aren’t very experienced in car crash injury claims. As a result, they may misdiagnose head injuries and other common car crash injuries.

Once again, a New York personal injury attorney usually makes a big difference in this area. Lawyers connect victims with doctors who focus on injury-related conditions. Generally, these doctors charge nothing upfront for their professional services.

The “nothing upfront” rule usually also applies to ancillary medical services, like diagnostic tests, medical devices, and prescription drugs. In many cases, these expenses could exceed the cost of direct medical treatment.

Once victims recover from their injuries, the overall recovery process is just beginning. Most car crash injuries are so serious that doctors must pull out all the stops to treat them. When young Bruce Wayne fell down a well, his injuries weren’t that serious. Two movies later, when grown-up Bruce Wayne fought Bane, his injuries were much more severe.

Young Bruce Wayne also sustained some severe emotional injuries as a result of his fall. But that’s the subject of a different blog.

Anyway, after Thomas Wayne set his son’s broken bone and put him in a cast, Bruce was pretty much good to go. Batman had a much harder time recovering from the Bane fight.

Car crash physical therapy is like that. Since the victim’s injuries are so severe, physical therapy is longer, more difficult, and more expensive. Additionally, progress is usually uneven. A sudden breakthrough may happen after a month of little progress. A New York personal injury lawyer helps ensure that the money keeps flowing, so victims have the best possible recovery experience.

Since the victim/plaintiff has the burden of proof, evidence is critical to maximum compensation. Electronic evidence, like a vehicle’s Event Data Recorder, often takes center stage in car crash claims. Unlike eyewitnesses, onboard computers, assuming they were working correctly, are never incorrect or biased.

In the above story, authorities had to obtain a court order to obtain EDR evidence and bypass New York’s strong vehicle information privacy laws. Usually, a New York personal injury attorney must do the same thing. Before that happens, an attorney must lay the proper groundwork. Unless a lawyer sends a spoliation letter immediately after the crash, the insurance company often “accidentally” destroys the EDR. A spoliation letter is like a pretrial subpoena that compels insurance companies to preserve all physical evidence for future use.

Speaking of future use, attorneys need more than laptops and screwdrivers to tap into EDRs. Attorneys need to use the right technical tools, along with the right legal tools.

Excessive speed is one of the most common, and most dangerous, forms of aggressive driving. Velocity increases the risk of a wreck and the force in a collision.

Speed multiplies stopping distance. We admit this looks a little like a grade-school word problem, the kind we always hated and usually got wrong.

If a car is traveling 30mph, from the time a driver sees a hazard to the time the car brakes to a stop, that vehicle travels about six car lengths. At 60mph, stopping distance multiplies to eighteen car lengths.

Speed also multiplies the force in a wreck, an idea 23-year-old Sir Isaac Newton came up with in 1666. Scientifically, the formula is extremely complex. Practically, it’s easier to understand. Basically, speed transforms a non-injury fender-bender into a serious or catastrophic injury wreck.

Other kinds of aggressive driving include changing lanes unsafely, tailgating, and ignoring a traffic control device.

Alcohol may be the most common driver impairment. Even one sip of alcohol clouds judgment ability and slows motor skills. People who are less than 100 percent in either area shouldn’t operate motor vehicles or other heavy machinery. Fatigue and distraction, specifically using a hands-free device while driving, have basically the same effect on the body and brain.

Alcohol-related wrecks often involve New York’s dram shop law. This vicarious liability law applies to commercial providers, like restaurants and bars, who provide alcohol to intoxicated persons who later cause wrecks. Evidence of intoxication at the time of sale usually includes bloodshot eyes, slurred speech, and other physical symptoms. The tortfeasor’s (negligent driver’s) statements about intoxication may be admissible as well. You’d be surprised what people say to bartenders.

Other kinds of driver impairment include non-device distraction, like eating while driving, driving under the influence of marijuana or another substance, and driving with a moderate or serious medical condition.

Injury victims are entitled to substantial compensation. For a free consultation with an experienced personal injury attorney in New York, contact the Pianko Law Group, PLLC. You have a limited amount of time to act.