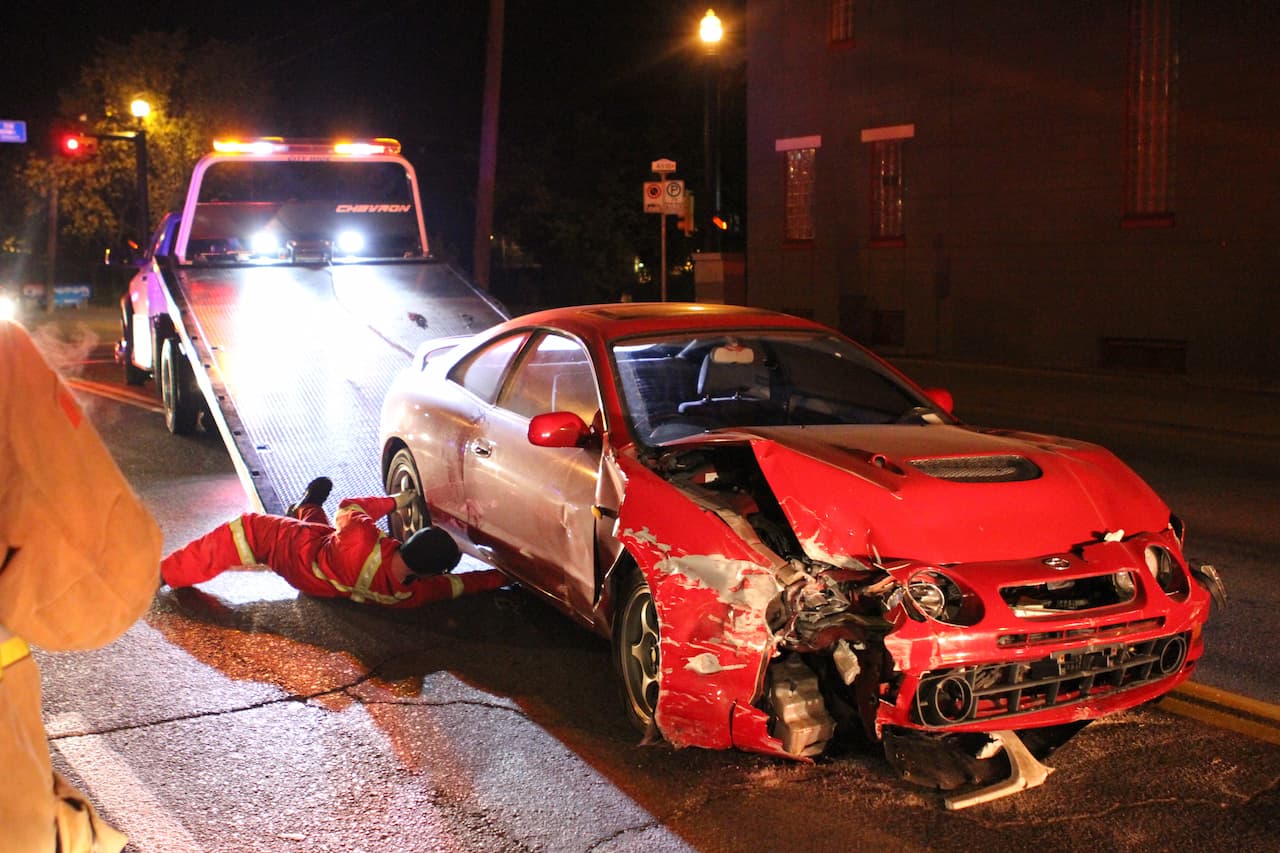 The quiet atmosphere of this small town on the New York-Pennsylvania border was shattered by a two-vehicle collision that killed a 4-year-old child and injured several other people.

This wreck, which involved a 2014 Chevrolet Silverado and a 2008 Dodge Charger, happened on Murphy Road near the Ketchum Road intersection. The vehicles collided head-on. The Silverado driver, a 53-year-old Owego man, was treated at the scene. All five people in the Charger were much more seriously injured. Three people were evacuated via ambulance to a nearby hospital. Two others were airlifted to larger, regional medical facilities. Everyone except the 4-year-old girl is expected to survive.

No charges are pending at this time, but multiple agencies are investigating the wreck.

Three is a magic number. There are three outs in an inning, there have been three Presidents named George, and there are three levels of car crash injuries.

Treated at the Scene

A staggering number of car crash victims either refuse medical treatment or only receive first aid at the scene. In a few cases, that's probably appropriate. Almost no one sustains a serious injury after they hop a curb or strike a mailbox. These accidents, and other such "fender-bender" accidents, are usually covered by New York's no-fault insurance law. More on that bellow.

In most cases, refusing treatment at the scene only seems like a good idea. Rather understandably, many people don't want to mess with the complicated healthcare system or pay additional bills. Additionally, and probably more importantly, many car wreck victims don't "feel" injured. Following stressful events, the brain releases endorphins. Chemically, these hormones are a lot like morphine. They mask pain and give people a sense of well-being. After the immediate stress passes, endorphin release stops, and the pain starts.

So, if you were in a collision which was bad enough to seriously mess up your vehicle, a doctor should evaluate you. Not just any doctor will do. The physician should be experienced with injuries like whiplash which are specific to car crashes.  You simply do not know how badly you are hurt until a qualified doctor examines you.

A New York personal injury attorney can facilitate this examination. Lawyers can connect victims with top-notch doctors, even if the victims have no insurance or money. Thus, a partnership with a lawyer takes care of all the aforementioned concerns. Instead of siting in a hospital Emergency Room waiting area, victims immediately see qualified doctors. And, since lawyers send letters of protection to medical providers, most patients don't receive bills when they leave.

Vehicle collisions injure millions of Americans every year. Most of these injuries are debilitating, at least temporarily. Basically, the D-word means the injury restricts at least one everyday activity. Some examples include:

We mentioned some diagnosis issues above. Stressful events, like car wrecks, cause shock. The symptoms of shock, like confusion and soreness, are a lot like initial head injury symptoms. This issue underscores the need to see a doctor who is experienced in this area.

Unfortunately, there is more to come. Once a doctor diagnoses injuries, the doctor must treat them. Then, a physical therapist must work with victims so they can regain lost function.

Frequently, insurance companies have one-size-fits-all treatment and physical therapy categories. For example, a broken leg might cost X dollars to set and require Y number of physical therapy appointments. But medical matters are not so neat and tidy. As mentioned, car crash broken bones are usually a lot worse than accidental fall broken bones. That's especially true if the victim had any pre-exsisting conditions.

A significant number of car crash victims don't survive their injuries. That's usually because the force of the wreck was too extreme or the nearest hospital was not very near.

Speed multiplies the risk of death. Pedestrian accidents are a good illustration. If the tortfeasor (negligent driver) was traveling more than 50mph, the pedestrian death rate is over 90 percent. The vehicle occupant fatality rate isn't quite as high, since these victims have restraint systems and steel cages to protect them. But the death rate at such speeds is pretty close to 90 percent.

Location also affects survivability. For example, Conklin is a tiny town of about 5,500 people. The closest big town is Binghamton. It's not very big or very close. Seriously injured victims probably need to go to Syracuse or Scranton. These cities are more than 100 miles away from Conklin. Many injured victims cannot survive for the extra few minutes they must spend in the air or on the road.

Additionally, some injuries are not immediately fatal. The little girl in the above story lived for almost a week. Other victims may live for months or even years before they succumb to their injuries. These claims are quite complex, usually because the car crash was not the sole cause of death in such cases.

Continuing this theme, there are three levels of damages available if you were in a car accident in New York. The type of damages is related to the type of injury.

Typically, victims may file claims with their own insurance companies to cover such losses. Legally, an insurance company usually cannot raise your rates if you file a PIP (Personal Injury Protection) claim.

If the economic losses, mostly medical bills, exceed $50,000, victims are eligible for additional compensation for their noneconomic damages. These losses include pain and suffering, loss of enjoyment in life, emotional distress, and loss of consortium (companionship).

Medical bill inflation has shot up since 2010. So, almost any injury exceeds the $50,000 threshold. As a rule of thumb, if your car is not driveable, you probably sustained a serious injury according to New York law.

Different compensation is available in wrongful death claims. Under New York law, survivors may receive compensation for pecuniary losses, such as burial and funeral costs, the decedent's final medical bills, lost future emotional and financial support, and the decedent's pain and suffering. Frequently, attorneys partner with psychologists, accountants, and other outside professionals to determine fair compensation in these matters.

Additional punitive damages are sometimes available in serious injury and wrongful death claims, if there is clear and convincing evidence that the tortfeasor intentionally disregarded a known risk.

Injury victims and survivors are usually entitled to substantial compensation. For a free consultation with an experienced personal injury attorney in New York, contact the Pianko Law Group, PLLC. You have a limited amount of time to act.